William W. on Coming Out in Chicago | Heartland Alliance 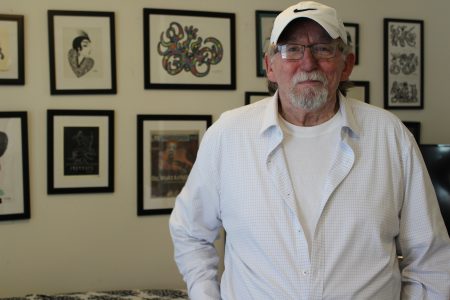 William Warren has been a resident of Heartland Housing since 2008. He was first a resident of The Leland Apartments in Uptown and then in 2016, he became a resident of Town Hall. William grew up in rural Illinois, and knew at a young age that he needed to be somewhere livelier. He moved to Chicago for art school, and has never looked back since.

William knew from a pretty early age that he needed to find community that supported who he was. He always saw Chicago as that space.

“You know, a lot of us come to the cities to be ourselves. I remember I was outed by my own family, and there wasn’t much support at the time. Coming here was a matter of freedom. I could be artistic, I could find people like me, and you just couldn’t do that back home. I met a lot of us that grew up in the sticks, and we found a haven here in the city, we found refuge here.”

“You know, that’s one of the reasons why you see such strong communities in big places. We’re all sort of drawn to something bigger, and we come from all over to find that community.”

Coming Out in Chicago

William has always been an artist, and he found a place to thrive in Chicago’s LGBTQ scene. A jack of all trades, William found work where he could tap into his artistic ambitions at places like the Village Green Garden Center – a notable gay-owned business in Chicago. He spent much of his time in the Boystown neighborhood, where he currently resides.

“It was the 1970’s when I came out, you know ten years after Stonewall. It was a great time to come out, because a lot of the pressure had dissipated. But there was still a lot of harassment that would go on – police intimidation and all of that.”

“Boystown – this place is important to all of us. Up and down this street, this was my street all these years. I’ve made a lot of friends here, and I’ve lost friends here.”

William was on the waiting list for Town Hall Apartments for two years. William was nothing short of elated, when he received the call to move into the first ever LGBTQ-friendly affordable housing development.

“Getting the call to move in was like winning the lottery. You know, this place is an oasis for us seniors. Even as I’m older now, I get to be a part of the community. I have a roof over my head, and I get to be safe and cared for. We’re watched over by the community – by Heartland, by the Center on Halsted. I can’t ask for anything better.”